Thanks to Barbara Marklew for her post of the evening….

The event began in a somewhat different way. Guests were treated to the spectacle and the noise of the 1950 BRM V16. After being kept warmed ready for the lead up, she was coaxed to life by Doug Hill dressed in full race overalls and crash helmet, producing the almighty noise she has a reputation for!

A fitting beginning to the evening, which was to continue in the Motor Museum itself. Although in some previous years, the Annual Dinner has been held in the Domus, this year it was decided to hold the event back in the Museum. A unique event for Beaulieu One Hundred Members.
The tables were positioned next to Jack Tuckers old garage – a great setting, which for me gave the evening a rather magical air. I think that I would not have been surprised if Chitty Chitty Bang Bang had begun to fly over our heads!

During the evening, Lord Montagu explained about the new plinth raising the gaze of his late father’s eye to greet visitors at the museum entrance. Lord Montagu then spoke about the Shell Art Collection, which has now been at the Museum for twenty-five years. A competition was held earlier this year by Shell, to find a design for a commemorative poster to celebrate this event. The winning artist, Denise Harrison, was present at the dinner as was Rahul Malhotra, Head of Brand Strategy & Stewardship at Shell.

The Auction – always an entertaining part of the evening – was conducted by Duncan Kensington Moir. An interesting variety of items was offered at the Auction. These included one of the 25 limited edition prints of the winning poster designed for the 25th Anniversary of the Shell Collection at Beaulieu, a Tank Ride for Two with lunch, a Belstaff Voucher and four tickets to the Royal Albert Hall to see Jools Holland and his Rhythm & Blues Orchestra. Also on offer was a day out for two at Henley Royal Regatta 2019, a collection of Shell Memorabilia and a 3 Course Lunch at Hartnett Holder & Co in Lime Wood.

As one might have expected, the Auction item which generated the most excitement was the opportunity to take part in the London to Brighton Veteran Car Run on Sunday November 3rd 2019.
The auction raised £7100 for the Museum Trust.
The setting, the good food and wine and the friendship of Beaulieu One Hundred members, make the Annual Dinner a highlight of the year. 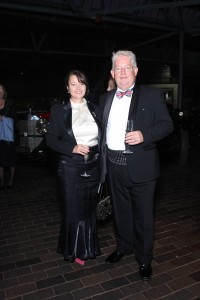 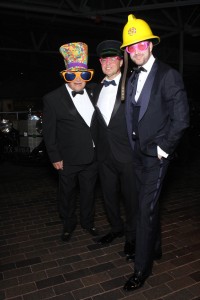