Along with thousands of car enthusiasts, a number of Beaulieu One Hundred members attended the spectacular 2017 Festival of Speed to see the stunning collection of cars on show and in action – popping into the Beaulieu Stand whilst there. It was good to see new members as well as get to know some members I hadn’t yet the chance to meet. The 2017 Goodwood Festival of Speed once again provided a thrilling mix of exotic supercars, famous racing cars, concept cars and the incredible array of race and road cars from years gone by. Definitely a fast paced weekend on our stand, where the record breaking Flux Capacitor generated great interest along with a quirky bird that set up residence!
See the video of the speedy little flux here 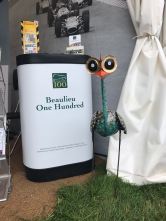 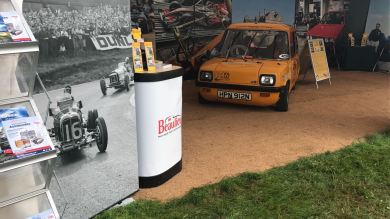 From Festival of Speed some members enjoyed a day in Solihull on a Land Rover manufacturing tour – the dissimilarity between McLaren and Land Rover production lines couldn’t be more marked, with Land Rover successfully automating their line and making savvy use of their floor space as well as upwards to the ceiling. Seeing the robots in action was a tad reminiscent of Jurassic Park and the velociraptor scene for me! The tour ended with the members being introduced to the stylish new Range Rover Velar. 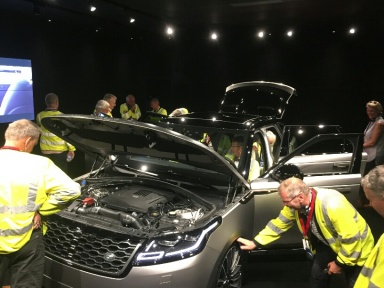 Thanks to John Healey for the picture

It was also good to see some members at the second Simply Jaguar rally on the 9th July which attracted as many as 634 participants and an impressive 282 Jaguars of every shape and size which purred into Beaulieu. The graceful ‘big cats’ gathered in the grounds to join the display which ranged from post-war classics to the latest models of the legendary British motoring marque. 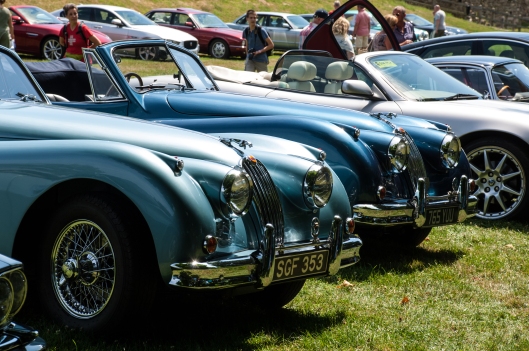 You will by now have received an invitation to the press launch of our new-look World of Top Gear on 14th July at 10.45am, where there will be a guest appearance by Top Gear presenter Chris Harris, The Stig, a precision driving demonstration and a possible photo opportunity for members.
In an exciting summer launch a refreshed World of Top Gear will reflect changes to the new-look BBC Top Gear. Amazing new exhibits from the world’s biggest motoring show include the impressive Ssangyacht built from the world’s ugliest people carrier, the longest limousine selfie opportunity ever and a marine feature displaying boat challenge vehicles. While the Enormodrome boasts a brand new studio in keeping with the style of the latest series with presenters Matt LeBlanc, Chris Harris and Rory Reid. In homage to the past, there will still be plenty of vehicles and memorabilia from the show’s 40-year history.

Don’t forget to experience the crazier side of motoring with Wacky Record Breakers, the brand new summer exhibition in the museum. This awesome collection of off-the-wall automotive oddities brings together unbelievable creations by TV presenter Edd China and YouTuber and inventor Colin Furze. Wonder at the motorised bathroom suite, road-legal garden shed and double bed, and prepare to be amazed by the world’s fastest fairground dodgem, pram and mobility scooter. On Sunday July 23rd, see Edd driving the bathroom suite and a sofa around the grounds of the attraction at our launch event.