The 1920 350hp Sunbeam is considered to be one of the most iconic and important cars on display at the National Motor Museum, Beaulieu.

It was the first car to achieve the land speed record of 150 miles per hour . . .

It achieved two land speed records with Sir Malcolm Campbell at the wheel . . .

. . . and was the first land speed record car to be named Blue Bird.

The Sunbeam was purchased by Edward, Lord Montagu in the 1950s, rescuing it from years of neglect.

Since this time, it has been part of the permanent display at the National Motor Museum.

The Sunbeam has needed a complete mechanical rebuild to return it to its former glory. 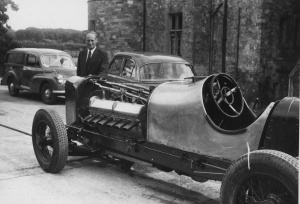 Much work has already been done, including many hours by volunteers, but we now need to move this on to the next stage if we are to ensure that we can keep the Sunbeam running for future generations to enjoy.

In 2014 the Sunbeam was started up for the first time in over 50 years.

In 2015, the Sunbeam was taken back to Pendine Sands, and the 90th Anniversary of it breaking the land speed record was commemorated with a low speed run along the beach.

We have launched an Appeal to raise £30,000 to fund the building of a new gearbox. The original gearbox was replaced many years ago with a gearbox from a 35hp truck, which creates all sorts of problems, not least with the braking system.

As the original gearbox no longer exists and was a one-off design, recreating the gearbox is going to be a challenge. There are no templates to follow and only one photograph exists which is of limited help. 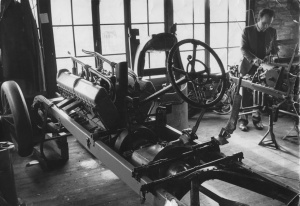 The funds raised through the Appeal are needed for the research and development, design and build of a new gearbox.

For further information about what we at the National Motor Museum are planning to do, how we aim to do it and why, please take a look at the following films.

THANK YOU FOR SUPPORTING THE WORK OF THE NATIONAL MOTOR MUSEUM TRUST.